The pros and cons of EHRs 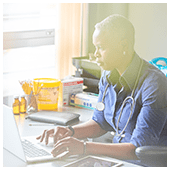 The business world has had a long-standing debate about the best means of data storage. The healthcare industry has now decided to join in the debate with increasing adoption of EHRs. Electronic health records claim to improve on current paper-based methods. However, EHRs are not flawless. Learn more about the pros and cons of EHRs and decide for yourself.

What is an Electronic Health Record?

An electronic health record (EHR) is an individual’s official health document that is accessible on their mobile devices and shareable between multiple facilities and agencies. The role of an EHR is growing exponentially in keeping track of the ever-growing patient database.

EHRs improve patient care in significant ways.The first being that they can aid in diagnosing patient illnesses based on past history and the patients’ complete health information. EHRs can also help reduce medical errors and false positives. While EHRs do contain and transmit data, information can also be manipulated in meaningful ways to provide information to the provider at the point of care.

Lastly, EHRs can also improve overall public health by providing a birdseye view of the entire patient population and overall health information. This lets providers identify risk factors that most impact the patients and proactively prepare for potential outbreaks or illnesses.

The long-lasting debate of digital vs traditional data storage has expanded to every industry, and healthcare isn’t spared from it either. While most agree that EHRs offer more benefits in comparison with paper records, EHRs themselves are not flawless. Below are some of the major differences between paper and electronic records.

EHRs in the future:

Experts on the subject seem to believe that EHRs need to evolve a little more before being fully accepted and integrated by all healthcare institutions. Changes include:

Would you like advice on the best EHR systems in the market or on how to implement these EHR systems? Look no further and let our experts guide you. Call today.

Published with permission from TechAdvisory.org. Source.